Have you seen those personal style books which show how certain colours - or shades of colours - can affect your look, depending on your skin tone?

Well, I have. And although I can usually see the difference when I compare the before and after photos, I don't  always find it very easy to apply to myself.

I've tried draping fabrics over my chest to see whether it's "my colour" or not, and a lot of the time I can't tell. 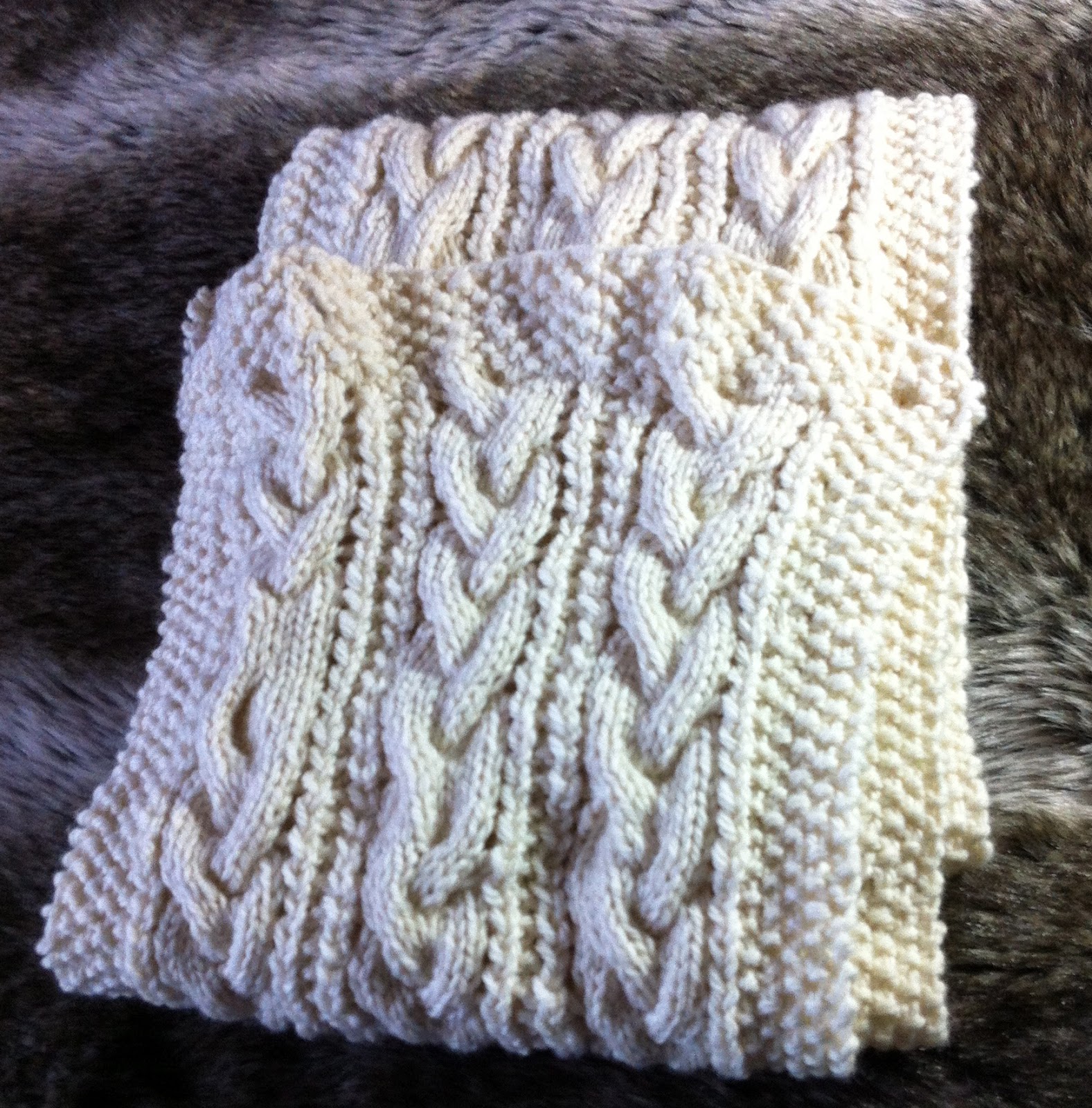 When I saw the photo of the finished product in Metropolitan Knits I felt an urgent desire to possess (i.e. knit) one just like it. When I found the cream merino cashmere yarn at the Knit World sale my fate was sealed.

But when I put it on one chilly morning before work, I realised that I had fallen for that old "it looked so great on the model" trick.

Not only is my neck far too short for such a wide cowl, but the colour somehow makes my face look...unwashed. One's hand knits should not make one look fat and dirty.

Then I took it off and replaced it with my multi-coloured shawl... 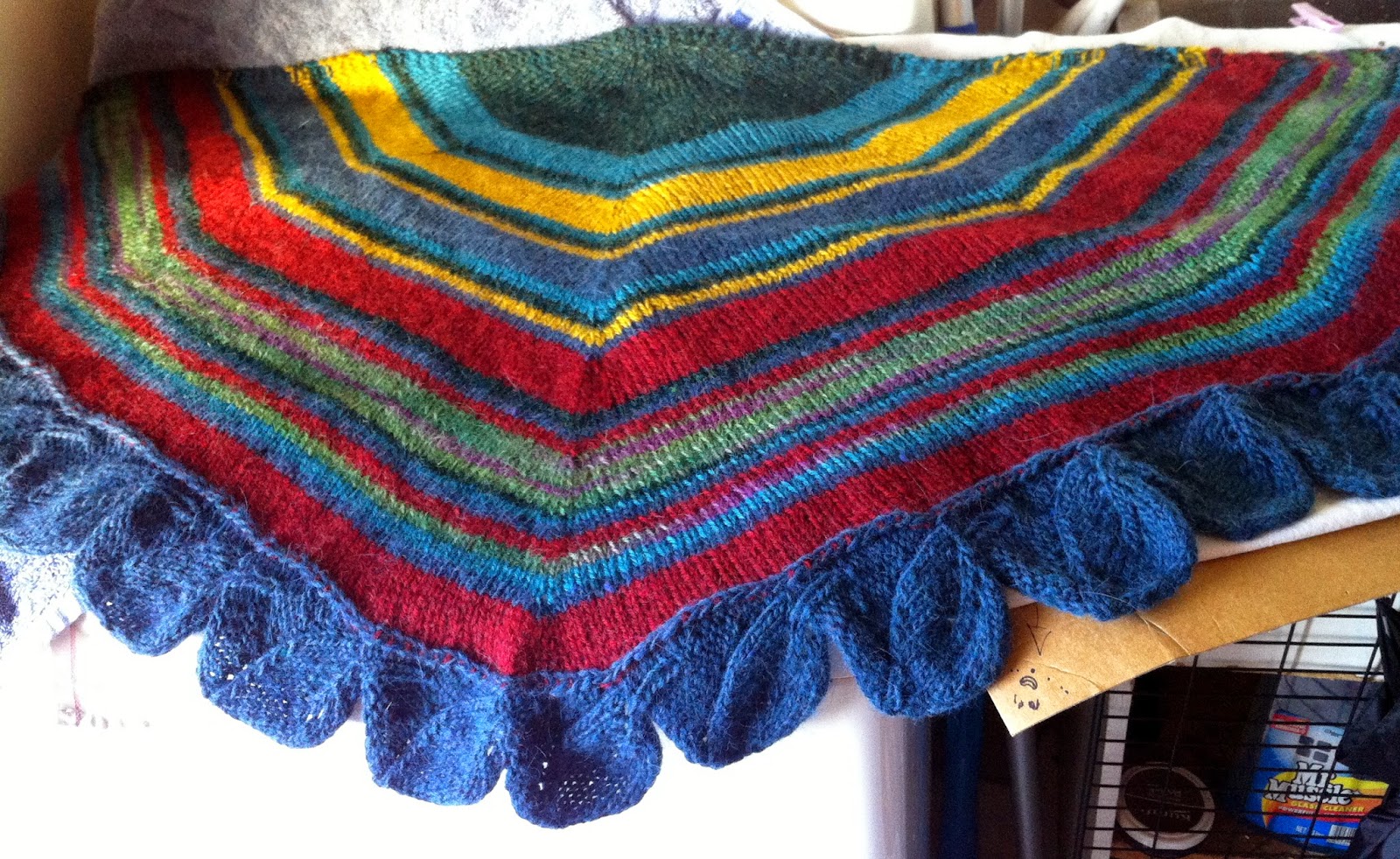 Blood on the trampoline

Taking TLM to my mum's place this Sunday is going to be slightly awkward, because of something that happened last Sunday.

For some reason, my niece's best friend has accompanied her to mum's place most Sunday's for the last few months. She's not Chinese and perhaps finds it a novelty to spend time at an elderly Chinese lady's house and eat her food.

The rest of us don't mind, though it's changed the dynamics between TLM and her cousin - and not just because TLM is more likely to get left out nowadays.

When the three of them go on the trampoline at the same time, it's damned likely that someone will get hurt.

I should have been on the alert a few weeks ago when they all got on there in the dark (post-dinner) and someone landed on her face. But TLM was - amazingly - not badly hurt.

Last Sunday, someone decided to do a handstand while they were on the trampoline. And TLM's face got in the way.

There was so much blood coming out of her nose and mouth. Once we'd got her cleaned up and calmed down enough for a good look, we found a split lip and a gash across her upper gum (right where she was growing two adult teeth).

I was quite angry and worried, but not comfortable with telling off someone is not my child - especially as I didn't see it happen so I couldn't be sure who was at fault. (The lesson here, I think, is that you don't stand behind someone unless they know you're there and you're both participating in some team-building exercise.)

About a week later, I am ready to stop being angry. But it would help a lot if  just this once, a certain person didn't accompany my brother's family to Sunday night dinner.
Posted by Violet at Sunday, July 13, 2014 4 comments: Links to this post

Labels: All about The Little Madam, Parenthood

A couple of new knits

Recently I made a scarf and a pair of socks. Here they are: 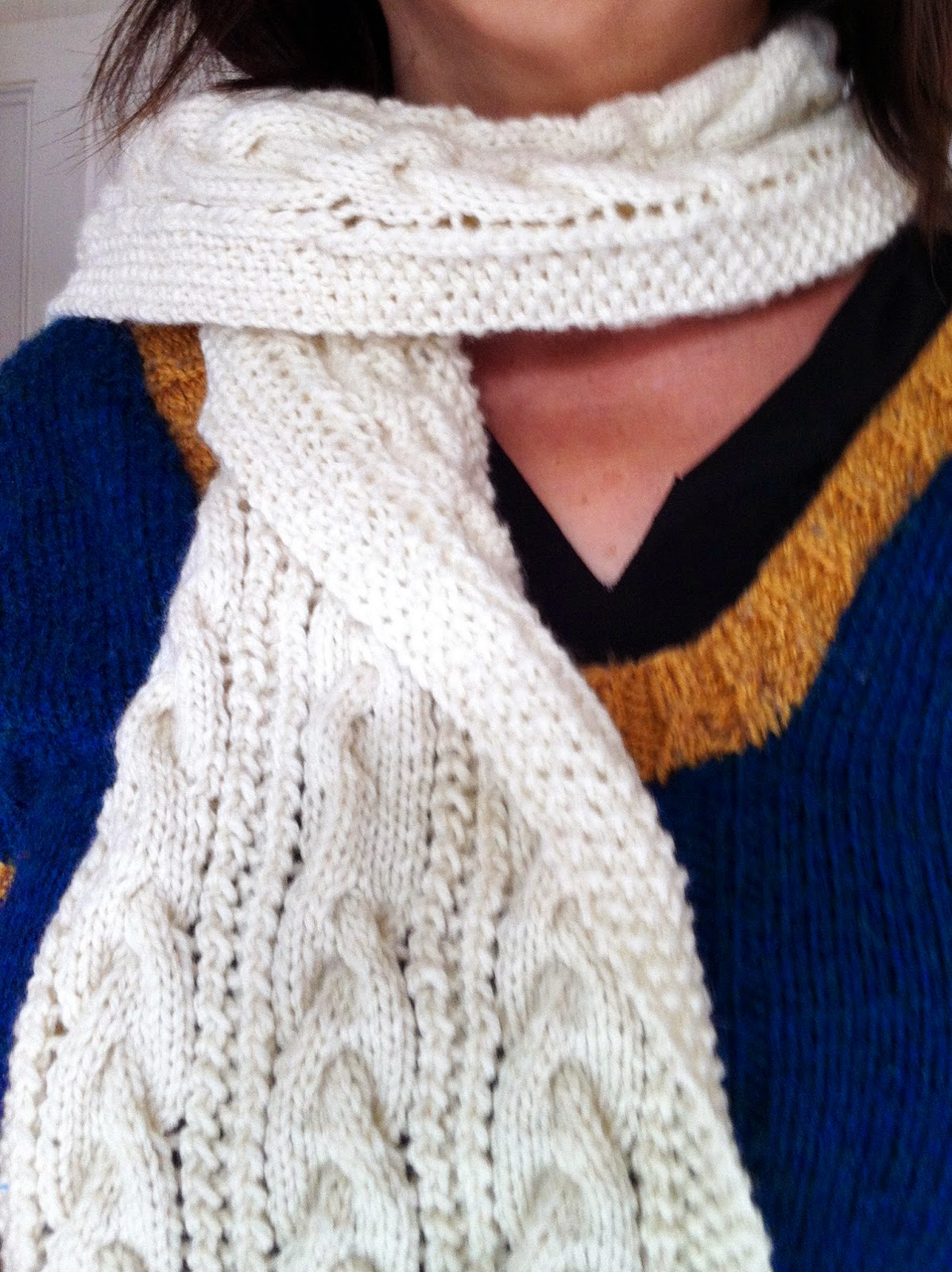 The pattern is from Metropolitan Knits, and is suppose to have buttons at one end so that it can be worn like a cowl. I haven't gotten around to getting the buttons, but suspect that I don't have quite the swanlike neck that this kind of accessory is made for.

The yarn is a lovely soft merino and cashmere blend which I bought for $5 per ball at the recent KnitWorld sale.

It will keep my neck warm, once it actually gets cold enough for me to need one.

Speaking of colds, I am home with one right now. That's why I've got time to blog this... 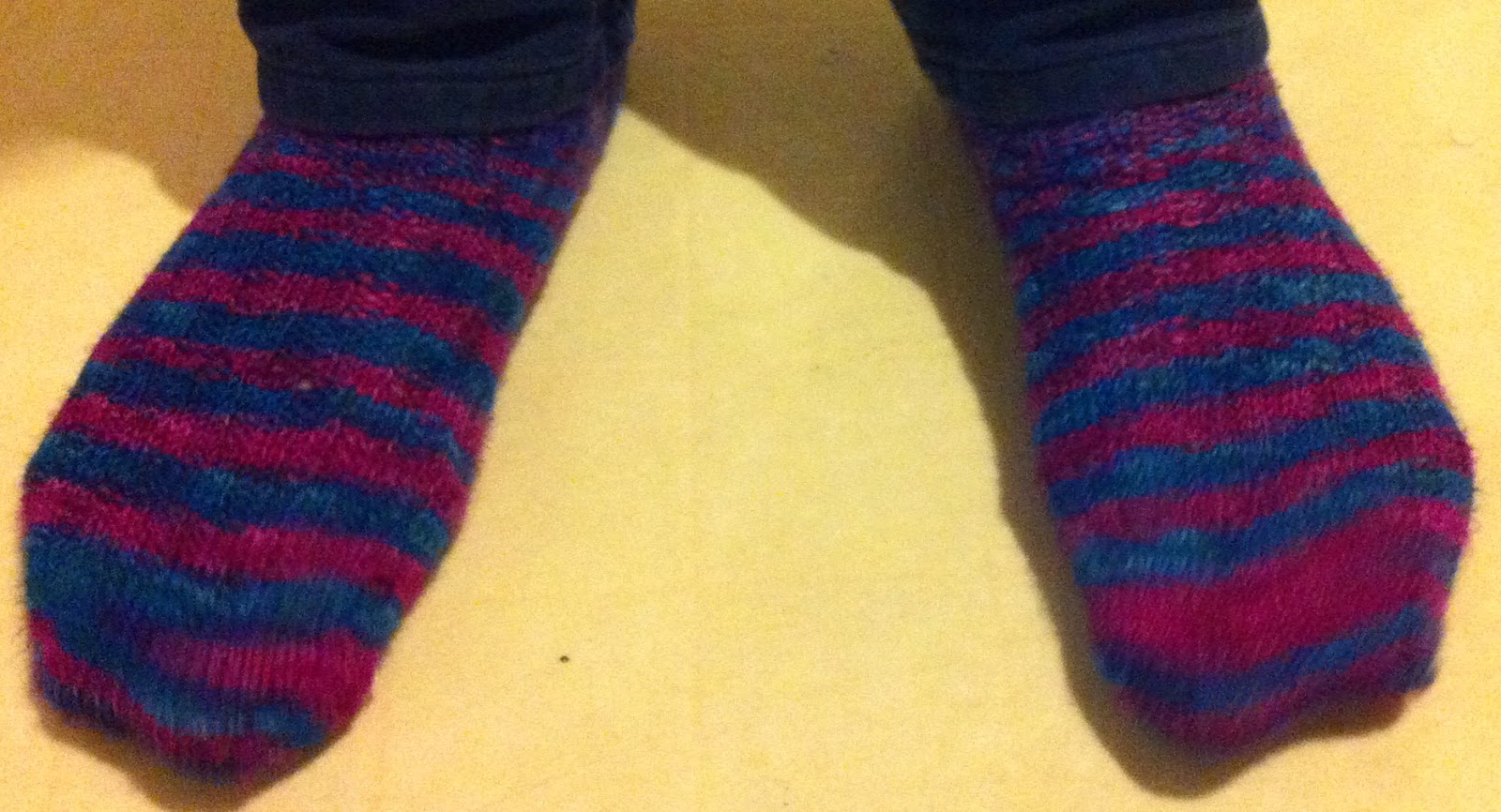 These socks were a year in the making. Right after I started (and restarted) the first sock last June, I got bored with it and put it away. I only took it out again when I had to go to Auckland for work and wanted a small knitting project to take with me. And I finished the pair in five days.

Too bad they ended up too big for me - but they fit the boy's size 11 feet perfectly! The pattern is from Blendy Knits Socks.
Posted by Violet at Tuesday, July 01, 2014 2 comments: Links to this post