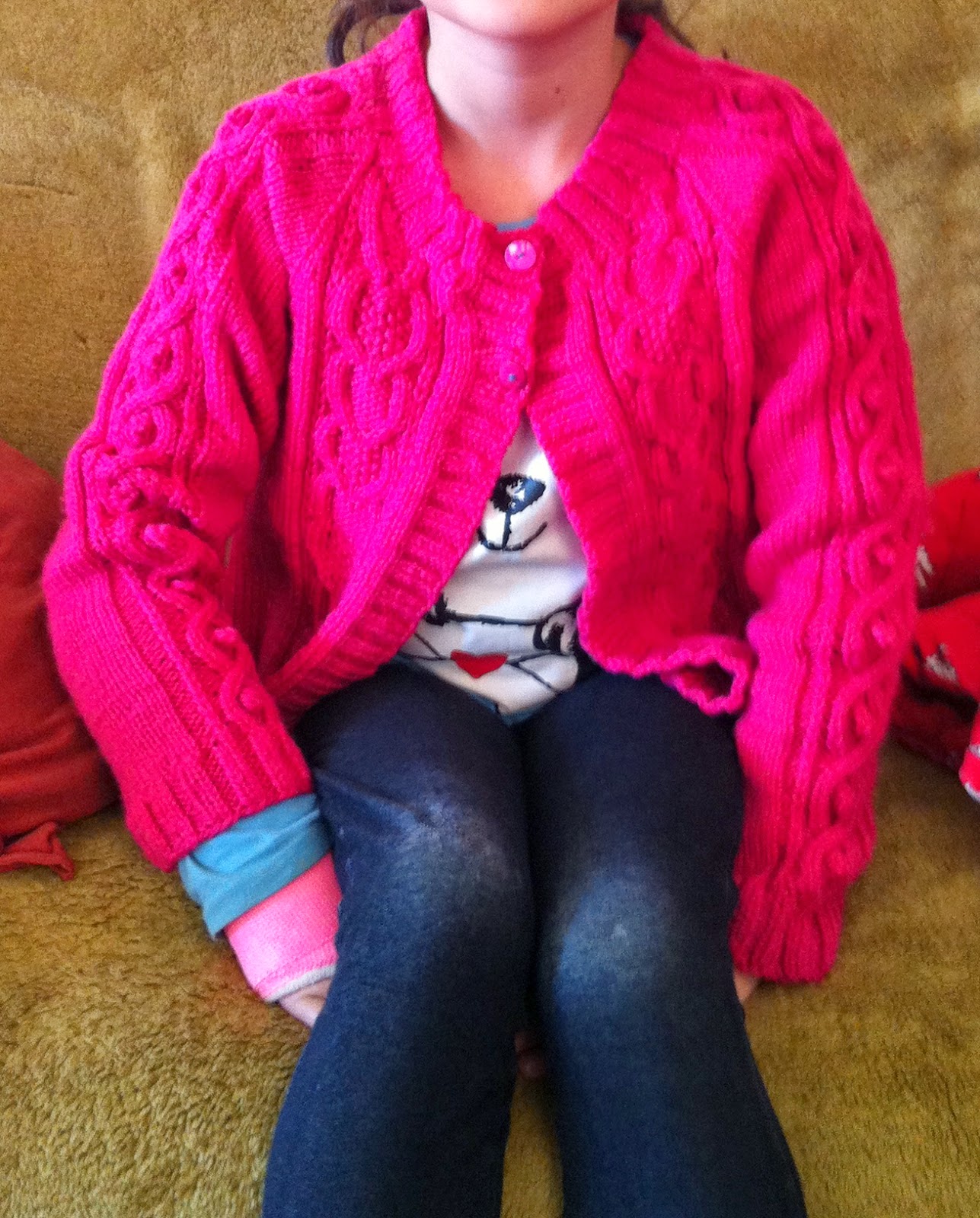 I made this cardigan for TLM. It fits perfectly and looks great (if I may say so myself). Which just confirms my suspicion that kids make the best models. I used a Sirdar pattern (more details on Ravelry).
Posted by Violet at Sunday, May 18, 2014 3 comments: Links to this post

This is what happens when you cut up an oversized sweatshirt for your imaginative daughter to wear, because her plaster cast prevents her from wearing her normal gear... (please excuse the poor photo quality - it was taken at night without a flash) 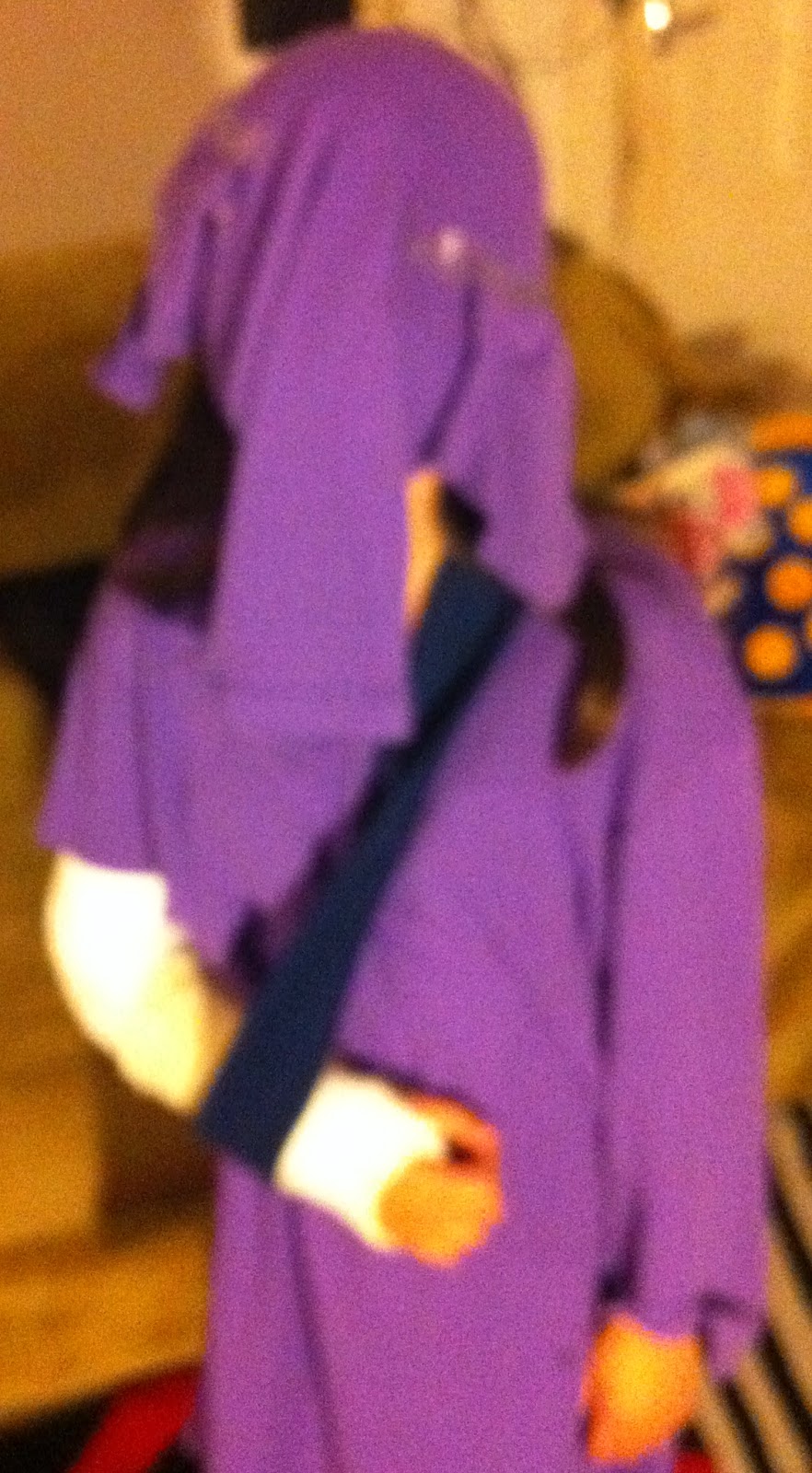 Flying off the flying fox

TLM has broken her wrist (well, not broken exactly because being a kid, her bone has sort of bent rather than cracked - but in effect it's a break).

It happened in the school playground, and I got the call while I was chatting to the members of the board at work (specifically, I was trying to explain that my eyes were pink because of allergies, not because they work me too hard).

Saved by the phone, only to be told that my darling was crying her eyes out in the school office. I was  very kindly given a lift to the school, where I picked her up and took her across the road to the A & E.

About three hours later we emerged into daylight again (just). TLM  has a plaster cast on her right (non-writing) arm which stretches nearly to her armpit. She can't get any of her clothes on over her right arm, so it's just as well it's not that cold at the moment.

The bummer is that she was going to play her first game of netball this weekend, and now she's only able to be a supporter for the next six weeks. Plus, she's got Brownie camp in a couple of weeks so I guess archery is going to be off her schedule.
Posted by Violet at Wednesday, May 07, 2014 2 comments: Links to this post