You can tell it's the start of a new year...

The weekend of the 11th-12th February is going to so busy I'll need naps:
I think TLM might need some naps too.
Posted by Violet at Tuesday, January 31, 2012 4 comments: Links to this post

A winter cardie for TLM

I know it's the middle of summer here, but I reckon it will be very handy for when WE GO TO THE UK IN APRIL!! (yes that's right, the flights are booked, the insurance is bought and the UK family have been warned)

p.s. if you're a knitting nerd like me you can check out the progress on Ravelry (even if you ain't a member).
Posted by Violet at Friday, January 20, 2012 3 comments: Links to this post

Until recently, The Little Madam's favourite place to go was the Cosmic shop. It's a loud and funky place where a DJ plays music to nod your head by, and you can shop for a leopard-print fedora, an ice cube mould shaped like UFOs or a bong (but not the stuff that goes in the bong). It's bright, it's colourful, and the staff look like they love being there. They always give TLM free stickers too.

But now TLM's favourite place is the Marine Education Centre. I took her there last Sunday for one of their regular open days, and they have this high, shallow basin where rocky shore creatures live. You're allowed to touch them, even pick them up and stroke 'em like pets.

TLM was particularly struck by the sand dollar starfish, which she like way better than the hermit crab and the sea cucumber. She'd pick it up, put it on the back of her hand and let it's little feelers tickle her skin. She probably spent at least an hour there, perched on an apple crate and wearing one starfish after another.

My favourite bit was watching one of the (ex-household pet) turtles attempt to climb on top of another, lose its balance and fall over backwards, it's flippers waving around like it was doing a "dead ant".
Posted by Violet at Friday, January 20, 2012 1 comment: Links to this post

Mushroom hunting in the shadow of Ruapehu

TLM loves going on holiday. That's probably because she associates it with staying in a reasonably comfortable motel unit and going on day trips with mum and dad. 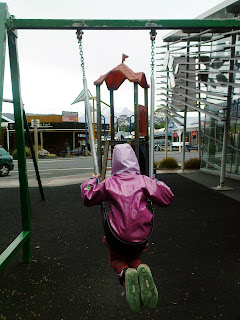 She was probably quite disappointed when we went to Tongariro National Park for our Christmas/New Year holiday and had to share a small bunkroom in a scout camp. 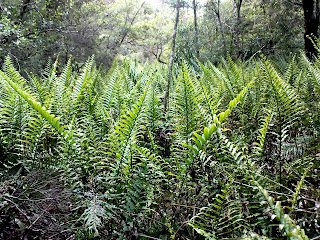 There were about 50-60 other people, all of whom where friends and family of the guy whose 50th birthday we'd gone up to celebrate. There were loads of children (and even a fellow knitter).

So despite the lack of privacy and sleep, we did have a very sociable time - maybe even more than we could cope with, being a small and normally quiet little family. 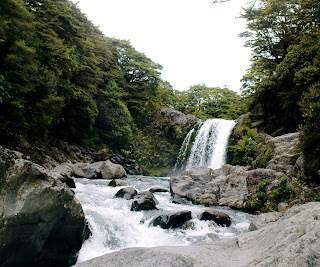 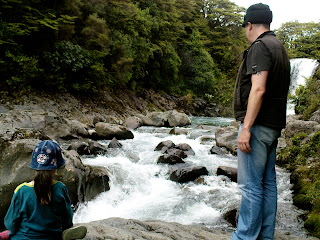 We went for walks at the foot of Mt Ruapehu, shopped for thermal underwear (for the sudden and unprepared-for drop in temperature), and used our mushroom identification guide to name the various fungi that we came across. 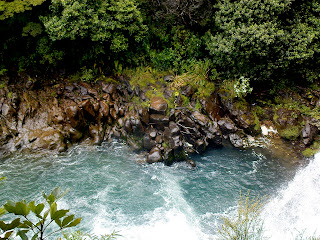 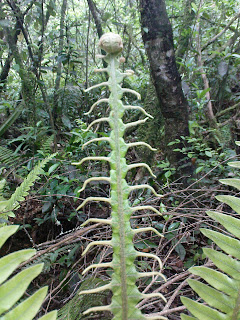 But sleep deprivation won out in the end, and we came home a couple of days early. Just to show how much sleep I needed to catch up on, I slept in until 10am today - unheard of!
Posted by Violet at Sunday, January 01, 2012 4 comments: Links to this post